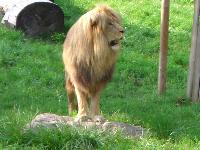 
Minister Marthinus van Schalkwyk, Minister of Tourism, welcomed one of the largest tourism industry delegations to the country and expressed his confidence that the delegation would be impressed by South Africa’s depth of offering as a long term investment market.

“Germany is one of our most important source markets in terms of foreign arrivals and we have always cultivated a special relationship with the German travel trade. Germany is the world’s fourth largest source of long haul tourists and South Africa’s third largest source of foreign visitors. Over 162 000 German tourists visited South Africa between January and October 2009 alone.

“This visit represents an unparalleled opportunity to market South Africa and to build sustainable relationships. This will in turn help us achieve our goals of growing the South African tourism industry in order to stimulate economic growth, create decent jobs and empower marginalised communities,” Minister van Schalkwyk said.

Minister van Schalkwyk also welcomed the fact that the members of the delegation would be able to gain firsthand experience of South Africa as a destination, especially in the light of the fact that the 2010 FIFA World Cup was less than 130 days away.

“We have seen a lot of unwarranted scepticism about South Africa’s readiness to host the World Cup. Our message to the world continues to consistently be that we are on track with all our preparations, ranging from stadiums, transport, infrastructure, security measures and accommodation to visa measures.

“I am very certain that the members of this visiting delegation will be able to see our readiness for themselves and experience the hospitality, vibrancy and enthusiasm that South Africa is famous for. I would appeal to them to take this message back home to Germany with them,” Minister van Schalkwyk said.

TUI Germany is a wholly owned subsidiary of TUI Travel PLC, the world’s biggest travel company listed on the LSE. TUI Travel PLC has operations in 180 countries and services over 30 million customers annually.

“TUI Germany’s recent investment in a South Africa Winter Travel Catalogue demonstrates its confidence in the destination despite the global down turn in long haul holidays” said Juen.

Minister van Schalkwyk said the powerful combination of TUI’s new winter catalogue, the attendance of high profile TUI executives, and the presence of 90 of TUI’s leading travel sellers will ensure that South Africa remains a priority destination for TUI and German travellers throughout 2010.

Juen, Bärwind and Dörschuck will be accompanied by 90 of TUI’s best selling travel agents who, collectively, hold the power to deliver a significant increase in German arrivals to South Africa,” said Theresa Bay-Mueller, South African Tourism’s Country Manager in Germany.

“Add to this the participants from leading German trade publications, including Travel Talk, Travel One, and Touristik aktuell, and you have all the elements of the kind of visit which will take brand South Africa to a new level in the German market in 2010,” concluded Bay-Mueller.

The week-long programme of high level discussions kicked off in Cape Town on
4 February with a dinner at the Grand Café and Beach Restaurant at Granger Bay followed by a beach party. While in South Africa the delegation will discover Cape Town and the winelands as well as experience, first hand, the Eastern Cape’s legendary wild life. 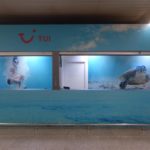 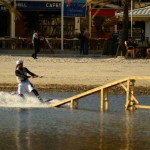 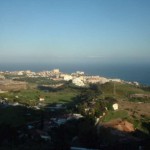 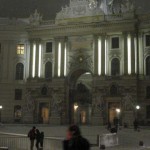