Czech Airlines are to Receive the Airline Industry Oscar Today


Today, in London, Czech Airlines will receive the award of The best Airline based in Central/ Eastern Europe, a prestigious award given out annually by the OAG (Official Airline Guide). Results of these awards, often referred to as the ‚Oscars of the Airline Industry‘ are decided by specially registered people from around the world. Czech Airlines will have received the award for the sixth time in a row.

Prague, 8th December, 2009, – The winners are chosen by both registered voters from OAG and by frequent flyers from around the globe. They have evaluated the level of service of each airline, in each category, purely on the basis of their own personal experience over the last 12 months. In each category, each respondent could nominate only three airline companies, assigning the first, second and third position. The votes were counted electronically, on the OAG internet pages, between August and the end of October this year. The counting of votes took place at the end of November. Each category winner was chosen on the basis of the number of repeats of the highest score nomination, while the average position was also taken into account.

Mr Miroslav Dvořák, the Chairman of the Board of Directors and the President of Czech Airlines said: “Czech Airlines are highly honoured by this positive evaluation, especially in light of the strong competition and the travelling public demanding the highest quality. It is even more pleasing as this award comes from the most prestigious organisation in the whole industry, deservedly called ‚the Industry Oscars. For us, the award is a Michelin star, proof that Czech Airlines are keeping the highest standards of service, even in the current complicated environment in the airline industry.”

Czech Airlines, this year alone, has already been the recipient of a number of awards: In February, for the ninth time in a row, Czech Airlines gained the title ‚The best Airline company in the Czech market‘, on the occasion of the TTG Travel Awards 2009. Another 2009 accolade is the fact that we were once again awarded The best Airline in Central Europe, at the World Airlines Award event, as announced  by the independent British organisation Skytrax, based on votes of millions passengers from around the world.

OAG is best known for its airline schedules database which feeds the world’s global distribution systems and travel portals, and drives the internal systems of many airlines, air traffic control systems, aircraft manufacturers, airport planners and government agencies. OAG is a UBM business. UBM Aviation brings together buyers and sellers of air travel and transport through its portfolio of products and services.

Winners of the 2009 OAG Airline Industry Awards include:

Airline of the Year 2009:  Singapore Airlines

Best Airline based in Australasia/Pacific: Qantas

Best Airline based in the Middle East/Indian Sub-Continent: Emirates 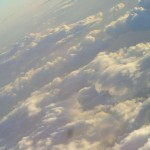 Global airline capacity for February 2010 shows positive growth compared to February 2009, reports OAG, the world’s leading aviation data business with its monthly report on trends in the supply of airline flights and seats.