§ Sol Meliá remains a pioneer in its commitment to Responsible Tourism

Madrid –  Sol Meliá has become the first hotel company in the world to be certified by the prestigious Responsible Tourism Institute (RTI), supported by UNESCO, as a “Biosphere Hotel Company”. After the company Board of Directors approved the corporate Global Sustainability Policy in (  ), and following ( ) months work on implementation, Sol Meliá has successfully concluded a certification process which has verified all of the company’s processes and business units on the basis of the criteria which define Responsible Tourism.

During a press conference in Madrid attended by representatives of UNESCO in Spain and the World Tourism Organisation, the Vice Chairman of Sol Meliá, Sebastián Escarrer, explained the key factors behind certification as well as the significance and degree of commitment that being a Biosphere Hotel Company means to Sol Meliá. According to Escarrer, tourism is one of the industries which can bring greatest added value to society and the economy in countries which develop as tourism destinations and all with a minimal environmental impact. That is one of the reasons why Sol Meliá, in spite of the economic crisis, became one of the first companies to firmly incorporate into its strategy the criteria defined by the United Nations International Task Force on Sustainable Tourism.

Scope of certification: criteria and achievement

The value of the certification by the RTI basically lies in its “broad scope” given that it is the only hotel certification which includes company-wide social, environmental and cultural requirements, and applies all of those requirements to the relationship with all of its stakeholders. In particular, to achieve certification Sol Meliá has had to successfully complete an exhaustive analysis of company activities from a sustainable tourism perspective:

To achieve certification the hotel chain had to have a minimum of 10% of its hotels certified by an official certification agency and then assume a commitment to add more hotels. Sol Meliá currently operates 15 “Biosphere Hotels”, 8 Hotels that have been awarded “Green Globe” certification, 7 with “ ISO 14.001” certification and 4 more with EMAS certification.

The company must also demonstrate a certain degree of compliance and progress in the criteria applied to environmental, social and cultural factors. In the environmental arena the criteria applied, amongst others, include the standardisation of eco-efficient lighting, water and energy saving systems, the involvement of customers in responsible behaviour (consumption, waste management, etc), and the way that Sol Meliá interacts with and protects the biodiversity in its immediate environment. Amongst other advances and achievements, Sol Meliá has eco-efficient lighting systems in all of its new hotels, water recycling systems and other systems to make use of the geo-thermal energy generated by some hotels, an electronic billing project which eliminates the need for paper, “green floors” in some hotels and, amongst other initiatives, an agreement with the World Wildlife Fund to protect the natural environment around the land acquired in Salvador de Bahía in Brazil.

Sol Meliá will also continue to make progress on its “SAVE” programme to reduce energy use, a strategic project for the company to help fight climate change and one which has made Sol Meliá the first Spanish company to incorporate the “Voluntary Commitment System” against climate change defined by the Spanish Ministry of the Environment.

In the social arena, the certification analysed aspects such as sustainable purchasing, purchasing from local suppliers and sustainable origins such as the Good Origin coffee from Marcilla (used in Meliá hotels), food safety and diversity, community involvement and anti-discrimination strategies, etc. In this respect Sol Meliá was able to show the agreements with organisations such as Intermón and UNICEF, the high volume of purchases from local suppliers (approximately 90% of Sol Meliá purchasing worldwide) and from Special Employment Centres, in addition to activities in community involvement and raising awareness, sustainable development courses in hotels, and the Solidarity Day project which now involves 30 company hotels.

With regard to cultural factors, the criteria evaluated include, amongst others, the promotion of local customs and cuisine, the integration of local architecture, art and crafts, the integration of and respect for local culture, sensitivities and spirituality, etc. For several decades Sol Meliá has been renowned for the integration of local architectural techniques in hotel design, promoting traditional local cuisine amongst guests, respecting local religious practises and historical and artistic heritage. The company has offered local food festivals and art and craft exhibitions in México or the Dominican Republic, added facilities for 8 different religious beliefs in Bali, or respected in full all of the principles of Feng-shui in its architecture in China, amongst others.

Commitments and next steps

Sol Meliá is now responsible for ensuring the continuity of its achievements and the implementation of further improvements to maintain certification as a “Biosphere Hotel Company” from a point of view which, in the words of its Vice Chairman, “must necessarily be self-critical, so that we are aware where we actually are and where we want to be”. The programme is firmly supported by senior management through the development of sustainability action plans both internally (related to sustainable investment, the involvement of staff and guests, relations with suppliers, tour operators and hotel owners, environmental management processes, community involvement and solidarity, etc) and externally (raising awareness in society and amongst stakeholders, dialogue and alliances with all of them, information and communication on achievements and objectives in Responsible Tourism, etc).

Together with other progress and commitments which are contained in the new company Annual Sustainability Report, subscription to the United Nations Global Compact (world agreement to achieve millennium objectives) or having been included in the exclusive “Ftse4Good–Íbex” Sustainability Index on the Spanish stock exchange for responsible investors, for Sol Meliá the achievement of this certification is ratification of its policy to implement the principles of Responsible Tourism, one of the strategic priorities also defined by the World Tourism Organisation to guide the recovery of tourism destinations after the crisis and which, in the words of Sebastián Escarrer “are an essential route by which tourism destinations and companies may maximise the positive economic, social and cultural impact of tourism, while also reducing as far as possible any negative environmental and social impact”.

Sol Meliá was founded in 1956 in Palma de Mallorca (Spain) and is the world’s leading resort hotel chain, as well as Spain’s leading hotel chain in both the business and leisure markets. It currently provides more than 300 hotels in 28 countries on 4 continents under its brands: Gran Meliá, Meliá, ME, Innside, Tryp, Sol, Paradisus and Sol Meliá Vacation Club. www.solmelia.com

Sol Meliá is the hotel company with the greatest number of properties in the exclusive club of “The Leading Hotels of the World” (seven hotels). In 2006, the “Corporate Reputation Institute” of New York ranked the company amongst the corporations with the best reputation in the world, the leading hotel company and the second highest ranked company in the travel industry. Sol Meliá is the only travel company included in the exclusive “Footse4Good Ibex” Spanish stock market index, and is the third ranked company in Spain amongst companies which generate the greatest degree of confidence and in the top three hotel chains for reputation.

The company currently employs more than 34,000 people worldwide with staff from over 80 different countries. The company fully respects equal rights and balance in its contracting of male and female staff and 10% of its workforce is made up of immigrants. 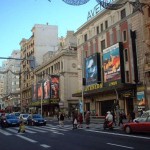 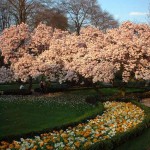 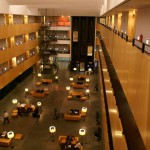 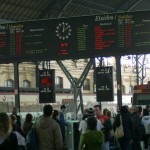