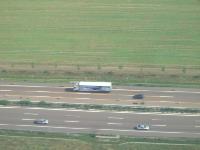 
Wallenborn Transports S.A., a leading European supplier of logistics in road feeder transportations, air cargo distribution and related services with home base in Luxembourg has acquired Haugsted AirCargo Services, one of the leading trucking and handling operators in Scandinavia.

Luxembourg/Copenhagen – After strengthening its executive management in April 2009 with the joining of Jerome Lorrain and Heath White, Wallenborn Transports S.A. is making the next steps in the dynamic implementation of its strategy announced at the beginning of 2009. Wallenborn aspires to become the only full pan-European logistics provider for air cargo and general road feeder freight. In building further, Wallenborn has acquired Haugsted AirCargo Services to strengthen its position in Scandinavia to become a leading supplier of road feeder transportation and warehousing logistics there. Three strategic locations in Copenhagen, Billund and Oslo have been added to its geographical portfolio. This acquisition of the well-known operator established in Denmark, is aimed at connecting the Northern European market to the current presence of Wallenborn throughout mainland Europe.

Haugsted AirCargo Services, which origins go back to 1887, has built up a composite full Scandinavian distribution network revolving around its central hub in Copenhagen. This network extends not only in domestic Scandinavia but reaches also the main airports in Western Europe on a scheduled basis. Its customer base is focussed on airline distributions. Haugsted’s previous owner, Dachser, decided to sell it in order to focus more on its core business in logistics, but had helped Haugsted over the last years to become one of the largest air cargo distribution specialists in Scandinavia.

In pursuing the key elements of their strategy to expand the network of trucking and handling services as well as its geographical presence and facilities, Wallenborn Transports S.A. sees the acquisition of Haugsted AirCargo Services as an essential step in strengthening its distribution capability in Northern Europe. “We will be able to offer now more strongly in Scandinavia full distribution services with regards to transportation, handling and warehousing to the highest quality and efficiencies. For customers, these elements are essential in attaining their goals through partnering up with a company which has the real distribution capability and focus on product quality,” said Frantz Wallenborn, President of the Group. “Haugsted’s focus on full distribution services over a large geographical area complements the base-line approach we have – i.e. our focus is on full product integrity and capability over all of Europe. We are very looking forward to strengthening this capability and expertise with a company such as Haugsted”, added Dr. Ludwig Bertsch, Chairman of the Board.

Both parties have agreed on confidentiality of the terms and conditions of the acquisition.

Wallenborn Transports S.A., founded in 1920 and with headquarters in Luxembourg, is a leading player in the field of international Road Feeder Services and Air Cargo Distribution in Europe. With some 300 tractors and 450 trailers, the company is aspiring to be Europe’s number one in this particular niche segment with regards to network reach and logistics management. The company also has main offices and distribution centres in Amsterdam, Bucharest, Frankfurt and Paris. Key customers include international forwarders, airlines, logistic-providers and general industrial companies